Hi, first of all, congratulations to a great instrument! I really love it, it sounds so lively and when you get the hang of with all the CCs it's easy to use

The only thing that's bothering me is tremolo on the low strings. I used it for a death metal song and I here some phasing and varying loudness on left and right channels. Here's a link with an example for which I used the internal effects and no other plugins. Any idea how to fix the second passage with tremolo? The first part of the snippet is just to show how fine it works with non-tremolo playing

We have received your sample and started processing on this issue. Thanks for your report!
Top 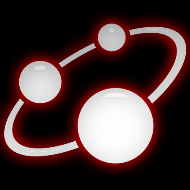 Hi Voltago, it has been confirmed as a bug about the mutual influence between doubling and tremolo. Thanks for your feedback!

The reason of its occurrence is more complex than that we expected. As for now we could not assure how long the fixing process will take, but we will make it clear as soon as we can(within about one month).
Before that, regarding such parts, you could try to repeat same notes directly as a temporary alternation. We have improved the quality of repeating same notes in high speed in v1.1.
Several users have expressed that it was good to produce tremolo with directly repeating same note in their mails. So you could try this method if you’d like to~!

Dear team, thanks a lot for your quick response! I'm glad to hear that you're working on a fix

And thank you for the workaround, it works quite well! \m/